You may have seen Kelly Wearstler in ads for her Interior Design MasterClass, or you may be familiar with her work as a judge on Bravo’s reality show Top Design. Kelly has become one of the most accomplished interior designers in the world today through her hard work, dedication, and bold, artistic vision for hotels and other residential spaces. From the homes of A-list celebrities to popular hotel chains in several major cities, she has left an indelible mark on the world of design and aesthetics. 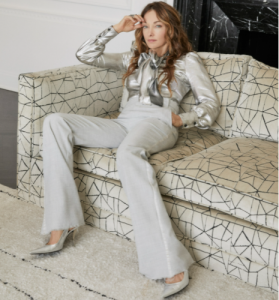 Kelly began her journey in the interior design world by opening Kelly Wearstler Interior Design in 1995. After real estate developer Brad Korzen contracted her to design several homes and hotels in Hollywood, Beverly Hills, and other nearby areas, she developed a reputation for arranging impressive palatial spaces with elegant, cinematic qualities. Eventually, she was designing for hotel chains such as the Hard Rock Hotel, Viceroy Hotels, and Proper Hotels. She also designed homes for clients such as Ben Stiller, Gwen Stefani, and Jeanne Tripplehorn.

Kelly is also a successful author who has published four books on interior design. She has also won multiple awards such as Time Magazine’s Style & Design 100, Architectural Digest’s AD100 Hall of Fame, and Elle Decor’s A-List. She even appeared on Vogue’s Top 10 Best Dressed in 2007. 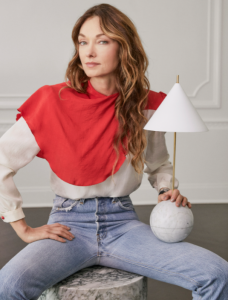 Kelly gives everyone a chance to experience her interior design talents through her online store, where she sells furniture and accessories such as light fixtures, rugs, and vases. If you’re interested in bringing a touch of luxury into your home, be sure to browse through all of her fantastic home products.